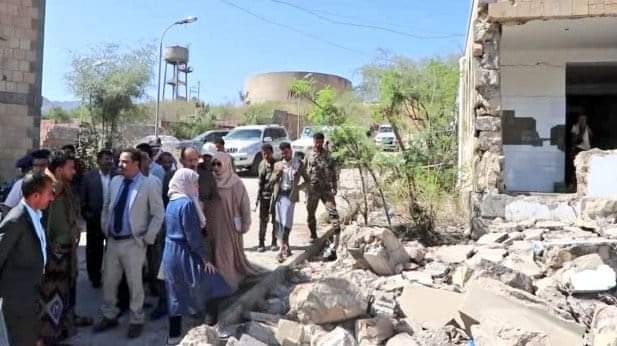 The National Commission to Investigate Alleged Violations to Human Rights (NCIAVHR) in the Republic of Yemen continues its daily work in the field of monitoring, documentation and investigation of all violations committed against citizens. As part of its commitment of sharing information with all parties interested in the human rights situation in Yemen, the Commission continues to present progress reports in monthly press releases.

During January 2022, the Commission documented and investigated (204) violations related to international humanitarian law and international human rights law, including (62) incidents of killing and wounding of civilians in which (73) were killed and wounded, including (11) children and (6) women in different governorates, (23) civilians victims of the explosion of mines and explosive devices, including (7) children, in the governorates of Hodeidah, Hajjah, Shabwa, Lahj and Taiz, the arbitrary arrest and enforced disappearance of (156) citizens in Amanat Al-Asemah, Dhamar, Hajjah, Amran, Saada, Aden, Taiz, Marib, Lahj and Al-Bayda, the extrajudicial killing of (16) citizens in Amanat Al-Asemah, Ibb, Al-Hodeidah, Al-Bayda and Taiz, and (41) incidents of assault on educational institutions.

As part of the field investigation tasks, in conjunction with the bloody events that took place in a number of governorates, the Commission’s teams immediately conducted field investigation of the recent incidents in the , the bombing of a mosque in Osaylan district in Shabwa, the targeting of civilians in Salh and Mudhaffar districts, the targeting of a school and students in Maghbanah district in Taiz, the bombing of the airport surroundings in the city of Marib, and the detention center in the city of Saada. The Commission also visited the districts of Al-Hali, Al-Hawk, Hays and Al-Durayhimi in Al-Hodeidah to conducted interviews with a number of witnesses and injured victims, and to examine the locations of the incidents and following up the collection of information related to those incidents. The Commission also monitored the impact of the recent expansion of the war on the lives of Yemenis and the occurrence of renewed waves of forced displacement in Hodeidah, Shabwa, Marib, Al-Jawf and Taiz.

As part of improving the internal accountability mechanisms, the Commission held meetings in its office with a number of leaders, starting with the Director of the Republic’s Prisons Authority and the Director General of Aden Police. In addition, the Commission sent letters to a number of authorities, including the Minister of Interior, the Minister of Defense, the Governor of Taiz, the Governor of Hadhramaut, the Commander of the Second Military Region, the Director of Intelligence of the second region, and a number of security and military leaders in Lahj, Taiz, Aden and Marib. The Commission also discussed with the Dutch ambassador, during his visit to the interim capital, Aden, its efforts related to providing justice to the victims, banning impunity for the perpetrators, and supporting law enforcement efforts.

The Commission seizes this opportunity to assure all victims, institutions, local and international civil society, and all those interested in the file of human rights in Yemen, the keenness of its staff in all Yemeni governorates to continue investigation at a high pace in accordance with the principles applied in similar committees, foremost among which are professionalism, objectivity, impartiality and witness protection.

The Commission again calls on all parties to abide by the principles of international humanitarian law in areas witnessing military operations, which have resulted in civilian casualties and damage to civilian and educational objects, comply with the practices and behaviors that protect civil rights, including the right to freedom and movement, prevent arbitrary detention, torture and discrimination. The Commission further hopes that all parties cooperate with the Commission field team in the governorates to ensure access to all victims. 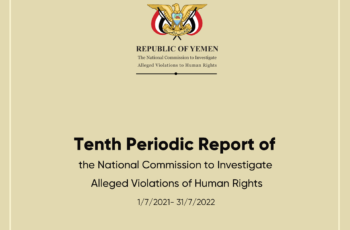