On Tuesday morning, a meeting was held at the headquarters of the National Commission to Investigate Alleged Violations to Human Rights (NCIAVHR) in Taiz governorate. The meeting was attended by representatives of the Commission and the British Deep Root Foundation.

The meeting discussed the updated data related to war detainees, opportunities for cooperation aimed at implementing international humanitarian law and raising the level of performance of the local mediation support team in following up on the file of war detainees and the recovery of bodies and water in Taiz governorate.

Commission member Judge Ishraq Al-Maqtari explained the Commission’s work forms and mechanisms related to evaluating the conditions of detainees in connection with the war in Taiz governorate and the rest of the Yemeni governorates. Ms. Al-Maqtari provided a brief on their field visits, access to various detention centers, assistance in communicating with their families to ensure respect for their families’ right to know their fate, updating data, and holding hearings with the number of the released.

For his part, the Executive Director of the DeepRoot Foundation, Mr. Alaa Qassem, gave a brief explanation of the work areas and intervention of the Foundation in Yemen during the recent period, especially those related to supporting young leaders, the efforts to consolidate the humanitarian work of local mediation on both sides of the detainees in connection with the war, the exhumation of bodies, and the preservation of dignity.

Mr. Brett Scott, Director of Deep Root Projects, also valued the work carried out by the Commission to promote human rights. He pointed out that the meeting is a continuation of the cooperation that began some time ago between the Commission and the youth in supporting the local mediation team funded by Deep Root for the benefit of society and strengthening its human potential, which will help the population in the areas of contact with access to services. 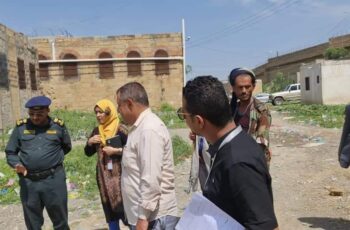 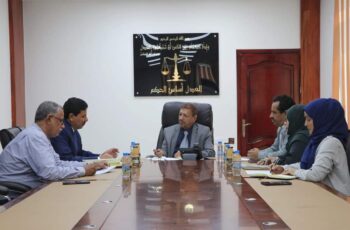 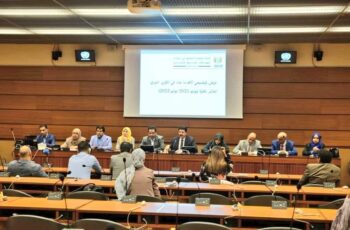