Over (130) civil society organizations have called on the United Nations Human Rights Council in Geneva to continue providing support to the National Commission to Investigate Alleged Violations to Human Rights (“NCIAVHR”) to perform its tasks in investigating violations in Yemen.

In a statement issued by CSOs, today, Wednesday, they said, “While observing closely the escalation of human rights violations in Yemen, especially those affecting the rights to life, physical integrity, freedom and dignity and the prohibition of torture, the Civil society organizations understand that there is an urgent need to support national human rights protection mechanisms, including those concerned with documentation, monitoring, and early, immediate and comprehensive investigation of all grave violations of international human rights law and serious violations of international humanitarian law, so as to preserve the rights of victims and support the process of redress and reparation.”

The statement pointed out, “violations continue in light of the continuing conflict, as the death toll and injuries as a result of violations resulting from explosive weapons increased, levels of sexual and gender-based violence increased, child recruitment, arbitrary arrests, enforced disappearances and torture, and the level of repression of freedoms and restrictions on the work of civil society increased.”

The CSOs’ statement reiterated that they had demanded, as a civil society, since 2011 the establishment of an independent national Commission to investigate allegations of human rights violations, and the state responded by establishing it in 2012, and actually establishing it in 2015. The Commission began exercising its duties in direct field investigation, collecting and preserving evidence in the Yemeni governorates at the beginning of 2016 and it is continuing its work to this day.

The statement indicated that the Commission succeeded to document and investigate (23,400) violations committed by different parties, with over (40,000) victims of both genders throughout Yemen. The documentation was conducted by the Commission’s legal field teams, whose staff is more than (60) persons, including delegated members, assistant investigators and field researchers, by following legal investigation mechanisms in line with international standards for the protection of human rights. The Commission has become a national mechanism that plays an important role in safeguarding and protecting human rights in Yemen, raising opportunities for accountability and reparation, and compensation mechanisms.

Civil society organizations stated that they realized the great challenges faced by the National Commission, including the lack of resources, the delay in providing technical assistance, and the lack of response from the parties to the conflict, noting that they felt proud of the presence of a national team that works with dedication in compelling, harsh and dangerous conditions to document violations.

The statement added, “Based on our full belief in the significant role of this mechanism and its ability to access victims and information, reveal the truth, and contribute to redress for victims, which is the goal pursued by the Human Rights Council and all national, regional and international protection frameworks, we invite the members of the Human Rights Council to take into account the following recommendations:
1. Continuing to provide technical support to the National Commission effectively and without delay and raise the allocations approved for to the Commission to continue monitoring and investigation of human rights violations professionally by supporting and improving its performance, providing expertise specialized in explosive weapons, gender, satellite image analysis, and other disciplines, and supporting the Commission’s continuity to perform its tasks.
2. Redressing victims and improving women’s access to justice, in particular, by supporting the independence and reform of the judiciary, training and qualifying members of the judiciary in accordance with international standards in the field of human rights violations, establishing a security unit for the judiciary called the Judicial Police affiliated with judges and implementing orders and rulings issued by the judiciary authority, and enhancing the role of the Judicial Control and Inspection Authority and the National Anti-Corruption Authority.
3. Supporting the mechanisms for reparations and compensation, including the establishment of a special fund for male and female survivors of sexual and gender-based violence.
4. Highlighting the importance of strengthening the partnership between the National Commission and civil society organizations, including women’s organizations.”

The statement has been signed by over 130 CSOs concerned with freedoms and human rights in Yemen. The link below includes the names of the signatory organizations: 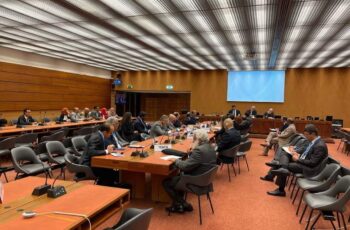 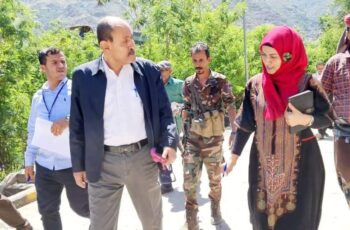 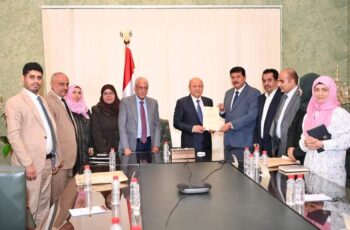