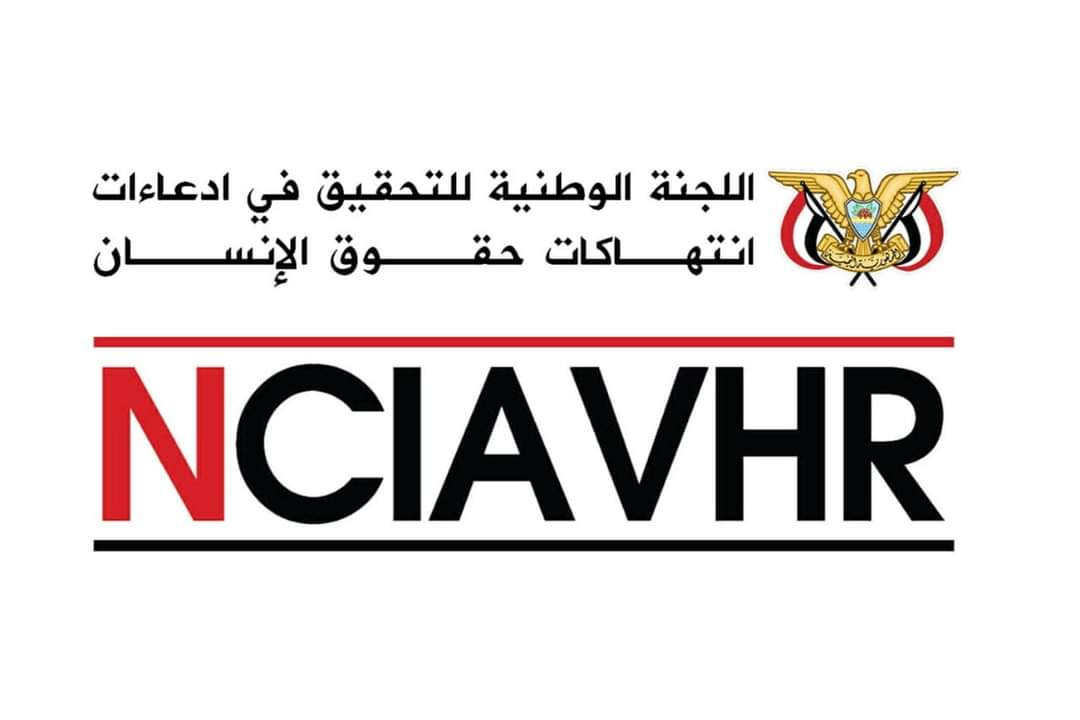 .
As one of the National Commission to Investigate Alleged Violations to Human Rights (NCIAVHR) mission to inform the local, regional and international public opinion of its most important monthly work in the field of investigation, documentation, and access to victims, the Commission shows in this press release the various tasks carried out by the Commission’s staff in all governorates during the month of April 2022.

During April 2022, the Commission documented (265) violations related to international humanitarian law and international human rights law, including (53) incidents of killing and wounding of civilians in which (77) were killed and wounded, including (18) children and (5) women, in different governorates in previous times, and the fall of (18) civilian casualties in the explosion of mines and explosive devices, including two children, in the governorates of Al-Hodeidah, Hajjah, Marib, Al-Dhalea and Taiz. Investigations have been conducted into the arrest and disappearance of (78) citizens in each of the Capital Secretariat, Dhamar, Hajjah, Saada, Aden, Taiz, Marib, Lahj, Al-Bayda and Hadramout, in addition to the extrajudicial killing of (9) citizens in the Capital Secretariat, Ibb, Al-Hodeidah and Al-Bayda, the recruitment of (10) children in Al-Mahwit, Hajjah, Dhamar and the Capital Secretariat, and the documentation of (50) incidents of assault, damage and looting of private and public objects, schools and educational institutes.

As part of the field investigation tasks in a number of governorates, the Commission’s teams investigated a number of incidents of shelling residential neighborhoods and mine explosions in the districts of Al-Hali, Hays, Al-Jarrahi and Al-Tuhayta in Al-Hodeidah governorate, targeting civilians in Salh and Al-Ta’iziyah districts in Taiz governorate, and damage to civilian and educational objects in areas Al-Wasee’a, Mala’a and Harib in Marib governorate, during which the Commission’s teams collected evidence of these incidents, conducted interviews with a number of witnesses and injured victims, seized a number of remnants of projectiles, and inspected the damaged places.

In the context of enhancing the internal accountability procedures, the Commission has sent memoranda to a number of parties, including the leadership of the Taiz axis, the Aden security department, the leadership of the Fifth Military Region and the commander of the security belts regarding a number of incidents under investigation by the Commission.

The Commission’s teams also monitored the implementation of the humanitarian truce that was announced at the end of last March and documented the impact of violations of the truce on human rights by paying field visits to various confrontation areas in the governorates of Taiz, Marib and Al-Hodeidah, including the sub-districts of Al-Sayahi and Al-Ma’afari of the districts of Sabr Al-Mawadim and Jabal Habashi on the western part of Taiz, and the villages of Al-Rajm, Al-Sharaf and Al-Rawda in the districts of Salh and Al-Ta’aziah, which witnessed sniping operations of male and female citizens and the fall of projectiles and drones, which led to the death of a woman, the injury of a woman and a man, and the damage to homes.

On this occasion, the Commission calls on all parties to fully abide by the humanitarian truce announced by the United Nations through its envoy to Yemen to achieve the basic pillars of human rights represented in security, peace, development and rights. It also calls on all parties, to stop targeting neighborhoods and residential communities, lifting the siege on Taiz, opening all main closed roads between the governorates, facilitating freedom of movement, and refraining from detaining and searching travelers.
.
.
Issued by the National Commission to Investigate Alleged Violations to Human Rights (NCIAVHR)
April 27, 2022 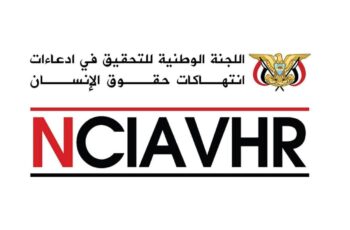