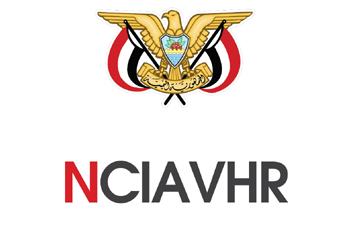 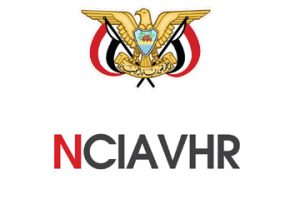 Whereas the signatories of the General Act of the Brussels Conference of 1889-90 declared that they were equally animated by the firm intention of putting an end to the traffic in African slaves,

Whereas the signatories of the Convention of Saint-Germain-en-Laye of 1919, to revise the General Act of Berlin of 1885 and the General Act and Declaration of Brussels of 1890, affirmed their intention of securing the complete suppression of slavery in all its forms and of the slave trade by land and sea,

Taking into consideration the report of the Temporary Slavery Commission appointed by the Council of the League of Nations on June 12th, 1924,

Desiring to complete and extend the work accomplished under the Brussels Act and to find a means of giving practical effect throughout the world to such intentions as were expressed in regard to slave trade and slavery by the signatories of the Convention of Saint-Germain-en-Laye, and recognising that it is necessary to conclude to that end more detailed arrangements than are contained in that Convention,

Considering , moreover, that it is necessary to prevent forced labour from developing into conditions analogous to slavery,

… have agreed as follows:

For the purpose of the present Convention, the following definitions are agreed upon:

(1) Slavery is the status or condition of a person over whom any or all of the powers attaching to the right of ownership are exercised.

The High Contracting Parties undertake, each in respect of the territories placed under its sovereignty, jurisdiction, protection, suzerainty or tutelage, so far as they have not already taken the necessary steps:

( a ) To prevent and suppress the slave trade;

( b ) To bring about, progressively and as soon as possible, the complete abolition of slavery in all its forms.

The High Contracting Parties undertake to adopt all appropriate measures with a view to preventing and suppressing the embarkation, disembarkation and transport of slaves in their territorial waters and upon all vessels flying their respective flags.

It is also understood that, before or after the coming into force of this general Convention, the High Contracting Parties are entirely free to conclude between themselves, without, however, derogating from the principles laid down in the preceding paragraph, such special agreements as, by reason of their peculiar situation, might appear to be suitable in order to bring about as soon as possible the complete disappearance of the slave trade.

The High Contracting Parties shall give to one another every assistance with the object of securing the abolition of slavery and the slave trade.

It is agreed that:

(1) Subject to the transitional provisions laid down in paragraph (2) below, compulsory or forced labour may only be exacted for public purposes.

(2) In territories in which compulsory or forced labour for other than public purposes still survives, the High Contracting Parties shall endeavour progressively and as soon as possible to put an end to the practice. So long as such forced or compulsory labour exists, this labour shall invariably be of an exceptional character, shall always receive adequate remuneration, and shall not involve the removal of the labourers from their usual place of residence.

(3) In all cases, the responsibility for any recourse to compulsory or forced labour shall rest with the competent central authorities of the territory concerned.

Those of the High Contracting Parties whose laws do not at present make adquate provision for the punishment of infractions of laws and regulations enacted with a view to giving effect to the purposes of the present Convention undertake to adopt the necessary measures in order that severe penalties may be imposed in respect of such infractions.

The High Contracting Parties undertake to communicate to each other and to the Secretary-General of the League of Nations any laws and regulations which they may enact with a view to the application of the provisions of the present Convention.

At the time of signature or of ratification or of accession, any High Contracting Party may declare that its acceptance of the present Convention does not bind some or all of the territories placed under its sovereignty, jurisdiction, protection, suzerainty or tutelage in respect of all or any provisions of the Convention; it may subsequently accede separately on behalf of any one of them or in respect of any provision to which any one of them is not a Party.

In the event of a High Contracting Party wishing to denounce the present Convention, the denunciation shall be notified in writing to the Secretary-General of the League of Nations, who will at once communicate a certified true copy of the notification to all the other High Contracting Parties, informing them of the date on which it was received.

The denunciation shall only have effect in regard to the notifying State, and one year after the notification has reached the Secretary-General of the League of Nations.

Denunciation may also be made separately in respect of any territory placed under its sovereignty, jurisdiction, protection, suzerainty or tutelage.

The present Convention, which will bear this day’s date and of which the French and English texts are both authentic, will remain open for signature by the States Members of the League of Nations until April 1st, 1927.

A State desiring to accede to the Convention shall notify its intention in writing to the Secretary-General of the League of Nations and transmit to him the instrument of accession, which shall be deposited in the archives of the League.

The Secretary-General shall immediately transmit to all the other High Contracting Parties a certified true copy of the notification and of the instrument of accession, informing them of the date on which he received them.

The Convention will come into operation for each State on the date of the deposit of its ratification or of its accession.

In faith whereof the Plenipotentiaries signed the present Convention.

Done at Geneva the twenty-fifth day of September, one thousand nine hundred and twenty-six, in one copy, which will be deposited in the archives of the League of Nations. A certified copy shall be forwarded to each signatory State.

Optional Protocol to the Convention on the Rights of the Child on the sale of children,child prostitution and child pornography

The Universal Declaration of Human Rights